i love the weekends. for obvious reasons. as much as i adore my new job {and believe me, this is the happiest i’ve been at work since i set foot in salt lake city} one of the best feelings ever is waking up on saturday and thinking, “hey! i can sleep for 3 more hours! or get up! whatever! also, i need a diet coke.”

matt and i often spend saturdays together. sometimes we don’t, but we usually do. last weekend, we went antiquing. matt asked me if his {new} beard was bothering me when we kissed. at first i said no, but then a few days later retracted my statement and said i thought maybe it was. 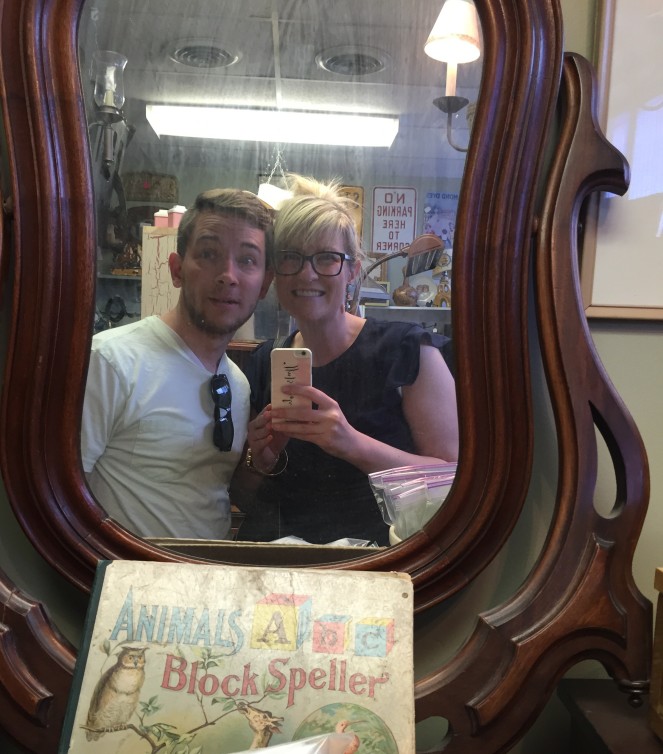 that made him decide he wanted a “vintage” {read: really old} straight razor to shave that thing right off. so we spent a few hours last weekend weeding through old antique shops around town. it was really fun!

antique stores are really interesting places. they, as you can imagine, they are these silly little windows into the past. some of the windows aren’t too far away {we both saw things from our own childhoods, babies of the late 80s} but we also saw some items from very distant decades, like the early 1900s and WWII.

i later retracted my retract and said i thought his beard was actually very sexy, and now that it’s grown out a bit it isn’t so scratchy. whoops. but i think someday he’ll want to shave it off and then when he does, he’ll have a razor! he is actually working to fix the straight razor up. as you can imagine it’s a bit worn {it’s a million years old} so he bought some leather to sharpen it {the logic behind that is a bit lost on me…} and then a wood block to make a new little holder thing for it. 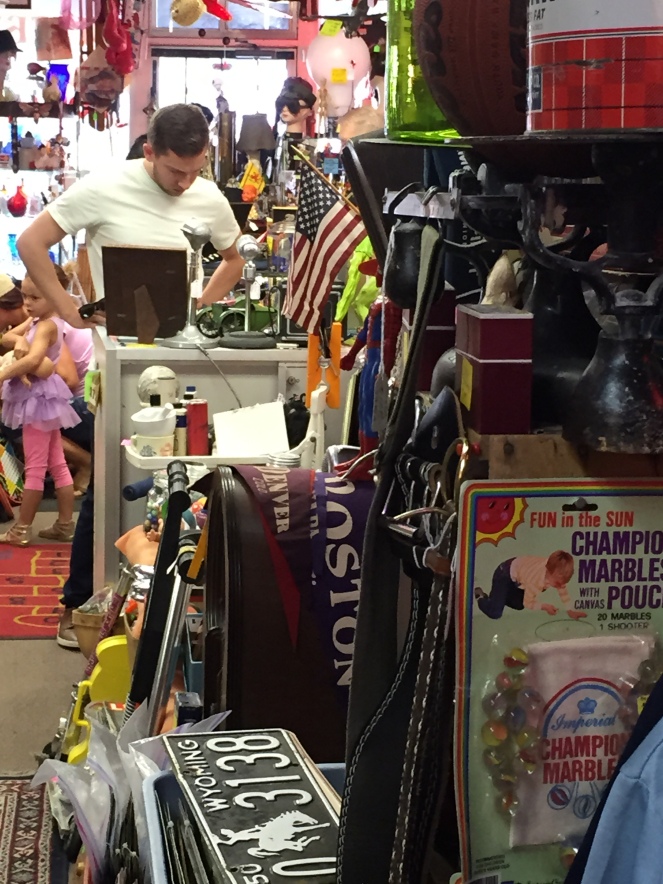 one of my favorite things about matt is that he finds something he’s interested in and gets way off into it. fishing is an obvious one, and then of course cooking {before we started dating i used to call him a food snob. actually, i still do. #expensivecheese}, but there is also pickling and cross-stitching. he is a man of many hobbies.

we had such a fun time driving around and seeing all the funny, old things salt lake had to offer. i’m not sure i would spend a ton of time in antique stores, but it was entertaining to browse through the past with a purpose.